To start off: why compare React js versus Vue js?

The purpose of this article is to compare React js versus Vue js in different factors: from general information to technical features.

Both these web frameworks have huge communities, vast support, and popularity.

But Vue.js is a framework and React JS is a library.

So, what’s the reason to compare oranges and apples?

We consider Vue js and React.JS, the most emerging developing tools for the front-end development for multiple reasons.

While these technologies are useful for designing the same products and applications, both of them enclose pros and cons.

Furthermore, every company strives to design seamless web applications within a short duration.

To put it into practice, the developers choose from many JavaScript libraries and frameworks and fuss to figure out the best one.

Firstly, this framework was developed in 2014 by a lone developer, Evan You.

Secondly, it is an open-sourced frontend framework to improve on available JavaScript tools.

Thirdly, a former Google employee, he wanted to create a framework that integrated the best features of frameworks like Angular, Ember, and React to make Web app development easier, faster, and more enjoyable.

Lastly, the Vue framework is now designed and maintained by Vue.js Core Team.

First off, the React library, which was developed with the goal of meeting Facebook’s obvious needs, is still supported by top-tier IT companies.

Second, despite Reactjs’ license being in question in the past, it is now open source and subjects to the MIT License.

Finally, the fact that such a large company is supporting React signals that React will receive long-term support and stability in the future.

There are multiple reasons for Vue’s and React’s dominance in the development universe. But before we swoop deeper into their distinct features, let’s shortly go over what the two share that makes them so famous.

Firstly, instead of re-rendering the entire page as is the case with regular DOM, React and Vue update only specific elements that have been modified.

Secondly, they both save time and resources that heavy DOM manipulations otherwise ruin.

Focus on the view library

Both frameworks lean somewhat on JS which also means that developers that understand this technology can easily discover both React js and Vue frameworks.

First, the method used to create the view layer is one of the most important distinctions between Vue and React.

Secondly, By default, Vue employs HTML templates, but there’s a possibility to compose in JSX.

Thirdly, In React, there’s only JSX. On the other hand, designing web applications with Vue is effortless even for newbie frontend developers because it dissolves problems between HTML, CSS, and JS.

Additionally, HTML templates are also acquainted with most Web designers and consequently enhance the alliance between developers and designers.

Firstly, this framework is useful for designing interactive multi-page apps.

Secondly, You can fast-import its library and enforce the framework to your existing apps.

Thirdly, the Vue CLI has ready-made scaffolding that permits you to initiate a new project in no time.

Lastly, When you install project dependencies, you execute them as plugins, so even if some standards deviate, you only rectify the dependency.

React js versus Vue js: When to Use?

Vue is decided by those who seek:

Secondly, Vue can be incrementally merged into an existing backend application without the necessity for primary refactors.

Thirdly, this framework has authorized libraries for things like routing, state management, and setup, along with approaches on how to design apps.

Furthermore, programmers can smoothly opt-out and pick the unopinionated way.

Fourthly, A framework that’s painless to get new people for and that has an immense talent pool.

Fifthly, With such eminent documentation on hand, enforcing Vue into a project becomes even more speedy.

Vue for MVPs and Startups

With an easy understanding curve and tools such as Vue CLI 3 and Vue UI, this framework is awesome for the quick delivery of MVPs and startup ideas.

Lastly, Vue is also a cost-compelling key for small to medium apps.

Firstly, React ecosystem is produced for big-scale Web projects, deciding it for small and easy apps might be overkill.

Secondly, it demands plenty of boilerplate code just to select a working project, React architecture eventually pays off in the long run.

Thirdly, Unlike Vue, React doesn’t have official packages for routing or state management.

Furthermore, To design difficult apps, you have to employ third-party solutions. However, Trained developers assigned to giving advanced projects will know which of the myriad libraries will be the most pleasing option to satisfy the project demands.

The framework’s “Learn once, write anything” objective has also received praise. This implies you get an elegant look and feel of your app for both iOS and Android. Hence, you may also enclose platform-specific modules.

The Right Tool Leans on Your Conditions

React and Vue.js are both well-known tools for designing beautiful user interfaces. To pick which one is sounder for your next project, you have to focus on a number of aspects such as your exact use case, your business needs, environment, developer availability, budget, and the timeframe you’re performing with.

According to our Frontend Engineer, Artur Rosa who was also one of the speakers at the Vuejs Amsterdam conference, there’s no straightforward answer when preferring Vue and React.

The most noteworthy factor you should regard when deciding on a framework is your team’s knowledge and skills.

Be confident about how fast you can employ a new developer and your team’s retention rate, too. 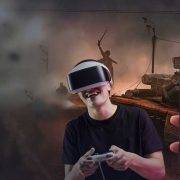 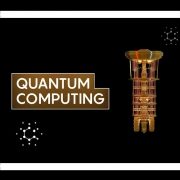 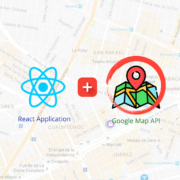 How to Integrate Google Maps With React JS 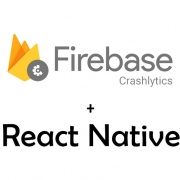 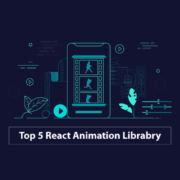 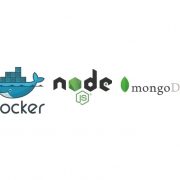 How to setup Node.Js with MongoDB using Docker
0 replies