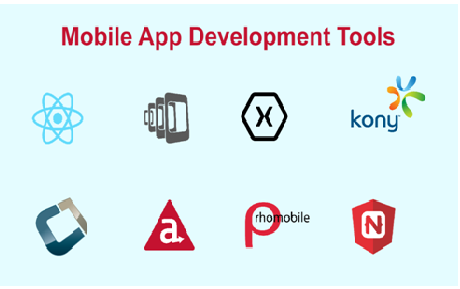 In this era, none is unaware of the word mobile application. Even, it has become a thing of the past. Today, the concept in the mobile app development industry is not to build an app, but the concern is to build it for each platform.

WORA, the recent app code provides support to the concept write once, run anywhere. It allows a developer to write the code once for a single platform, and then run it on varied platforms. This saves the effort and time of a developer and he is able to reuse this code. Further, this enables them to design applications that work wonderfully on varied platforms such as Windows, Android, iOS, etc.

There are many tools available to create a cross-platform app. But, make sure you keep in mind certain factors before opting for one.

React can be used in the development of single-page applications and mobile applications. It aims primarily to provide speed, simplicity, and scalability. As a user interface library, React is often used in conjunction with other libraries such as Redux.

The team of Apache Cordova engineered PhoneGap. This is the reason people also know it as Apache Cordova. It is an open-source framework and consists of a debugger, compiler, and testing tools. Further, it has the support of the best technologies named JavaScript, HTML5, and CSS3. Initially, PhoneGap was capable of handling mere simple mobile app development. But, with the inclusion of the best plugins like Push plugin, Image Capture plugin, etc, it gained its power.

This cross-platform tool performs the best to build industry-based apps. You can expect fast mobile app development with this tool. The developer has the flexibility of writing code in Java and can verify and test the app with Codename One test automation tools and simulator devices. Codename One supports the best IDEs such as Eclipse, NetBeans, and IntelliJ IDEA. Its build server comes with an interesting feature for developers. They can create native Windows and native iOS apps without Windows PC and Mac machine. Primarily, it is preferred for iOS apps.

Appcelerator allows deploying a single code of JavaScript for creating native applications. It offers the website content in the native app, making sure that the code is encased around the web container. One can expect faster app development as you can build a prototype in fewer efforts and lesser time to analyze UI with user interaction. Further, this tool comes with pre-built connectors for MS SQL, Box, MS Azure, MongoDB, and many more.

Xamarin uses a mere C# code base and allows designing native applications for varied platforms. It enables developers to implement the similar language, APIs, and IDE everywhere. If one wishes to apply Ruby or C#, then none other platforms can beat Xamarin. With ultimate flexibility, big brands like IBM, Foursquare, and Microsoft adopted it. Developers are able to share the code which leads to lesser code and time.

Rhodes framework powers RhoMobile. It is Suite a complete cluster of development tools preferred for building cross-platform and data-centric enterprise apps along with native experience for the users. Its anatomy resembles PhoneGap. And, Ruby joins its present technologies such as JavaScript, CSS3, and HTML5. In gist, this framework is compatible with both mobile and non-mobile OS such as Windows 10 Mobile, Android, Windows Mobile, etc.

NativeScript is an open-source tool to design native cross-platform mobile apps. For most mobile operating systems, this provides native API in JavaScript. From NPM, you can reuse the present plugins straightly in NativeScript projects. In this way, it becomes simpler to expand features in your apps.

Hence, we listed the Impactful cross-platform mobile app development tools. We did not rate them according to their pros and cons as each one has its own. It is up to you which one you pick according to your specific requirement. If you want a professional team to do it for you, then rely on the BigScal team for your project. From selection to implementation, we will strike a balance.

Hire Ruby On Rails Developers To Build An Attractive App