If you are into developing web applications, choosing the most suitable JavaScript frameworks can be a tiresome and overwhelming task.

The two frameworks are derived from two powerful competitors – Google and Facebook.

React has already verified itself in the software universe but Angular is somewhat new to the game.

Frameworks and libraries are allocated with different licenses. There are some licenses that are relatively flexible and permit adjustments according to the requirements.

Both Reactjs and Angular are open-source developments and when it comes to the popularity of React vs Angular, both are employed by prominent brands.

Secondly, It supports JavaScript languages and generates both client and server-side data.

Additionally, Its DOM is virtual yet its learning curve is somewhat low.

Firstly, Angular was designed on 14 September 2016 by Google.

Secondly, It is a typescript-based framework.

Firstly, it allows HTML codes along with JSX. For rendering subcomponents, you can practice HTML tags and syntax.

Second, it enables the combination of app components into a single time file and promotes machine-readable code development.

Third, this framework is popular among large corporations for application development and has a great setup for react js developers.

Firstly, Angular has immense community and developer support services. Furthermore, this framework is in demand because of its excellent support elements.

Secondly, The Angular ecosystem handles all browser environments regardless of its platforms.

Third, it has proven to be a reliable framework because it includes off-the-shelf tools and robust features developed in Juxtapose.

Additionally, It features Bi-directional data binding which is the main difference between Reactjs and Angular. Every time there is a change in data, influence disperses.

React Js vs Angular: When To Use?

When To Use React?

Firstly, When there is a lot of dynamic content in your application, then favoring React is a perfect choice.

Take a glance at a few brands which are using Reactjs: Uber, Dropbox, Netflix, Instagram, PayPal, and Flipkart.

When to use Angular?

Firstly, When you want to design your app to be compatible with all browsers then choosing Angular is the wise option.

Additionally, it has enticed a lot of attention from programmers, especially with its performance growth features and server-side rending support services.

Finally, Angular is the best choice if your mobile application’s complexity is between low and medium.

Some of the prevalent brands using Angular are NASA, HBO, Nike, and YouTube.

React Js vs Angular– Which is the Best for Your Projects?

Let’s dig into the variances and vogue of React Js vs. Angular.

Firstly, React, is a robust library created and maintained by Facebook for designing the user interface.

Regardless, of the significant functional overlap, Google and Facebook’s respective technologies vary.

React is a detailed library, while Angular is a vivid framework. React is generally good for designing UI components for any app with continually changing data.

In contrast, Angular is useful for designing complex business apps such as single-page and dynamic web apps.

React library is the most suitable choice if you are designing a single-page website. But if you are constructing a complex project, you should pick Angular.

React has a shorter learning curve than Angular because it has fewer functions.

Both Angular and React are equally good for writing applications.

But they are different frameworks to use. Some developers consider that Angular is better than React and vice versa. The way you use these frameworks is what’s best for an in-hand project.

Yet, there are many additional tools to learn, such as Flux.

On the other hand, Angular performs differently with HTML with a more organized method.

As a result, we may see typical and diverse syntax at first glance that looks questionable.

However, once you are familiar with Angular, you will benefit from its unique and effective features. 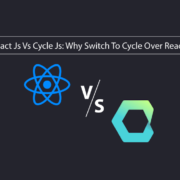 React Js Vs Cycle Js: Why Switch To Cycle Over React? 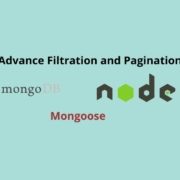 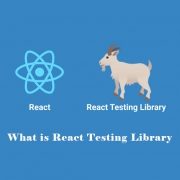 What is the React Testing Library? 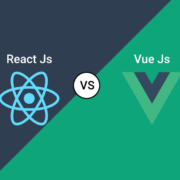 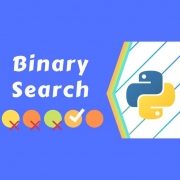 Binary search, its use cases, and complexities 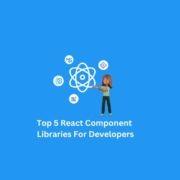 ReactJs Vs VanillaJs: Choose The Best For Development