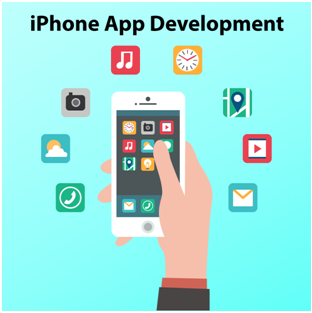 Technology is changing with time, and we need to keep up with its pace. Every year, the American multinational technology company – Apple Inc. introduces a variety of new techniques to make app development on the iOS platform easier and better. The iOS apps, which have gained massive attraction around the world, have boosted the iOS market popularity and revenues.

As an iOS developer, you need to stay updated with the latest iOS app development and its feature.

Swift 4 is a programming language introduced by Apple recently, which will support both, the iOS and Linux operating systems. An update to Swift 3, it is a robust platform that is secure, scalable, and easy to learn. For developers, the application development will become smooth with minor consumption of device memory. Therefore, in 2018, we can expect the iOS apps to be more secure and developed in a faster timeframe.

Siri, the personal assistant from Apple, has gained broad attraction around the world. It undoubtedly provided a significant boost to Artificial Intelligence and contextual learning, with its understanding of what people are talking, and what they wish to search. Further, Siri offers a GPS pin or code, while sending messages. The new Siri can also act as a task manager to help you efficiently access your mobile app alongside a QR code.

Core Machine Learning is a new foundational framework from Apple, used across various Apple products, including QuickType, Camera, and Siri. It offers a lightning-fast performance and allows developers to leverage the machine learning models to develop smart apps by writing just a few lines of code. Further, CoreML will offer a level of communication that applies to all iOS devices with its robust library. CoreML will redefine gaming app development. The developers focusing on the gaming industry will be able to build AI-enabled apps with face detection or voice recognition features in a highly interactive manner.

AR has been in existence for some time now, and we have witnessed a dedicated effort investment by organizations. Apple created ARkit that assists developers in developing apps based on augmented reality. ARKit enables iOS developers to create 3D and AR-based mobile apps that are gaining popularity. With Apple and Amazon joining hands to bring ARkit and Amazon Sumerian together.

Apple is one of the early movers of the reliable digital transactions movement with Apple Pay. An online wallet application, enables seamless online transfers, buying tickets, and shop online over an entirely secure platform.

With time, the cross-platform apps have faded out and they are getting substituted by new and advanced tools including Native Script and React Native, etc. This will help a great deal in solving issues related to performance and user experience.

It will also support the development of hybrid apps having better interfaces and UX. iOS developers will also be focusing on creating hybrid apps as it is time-saving.

“Internet of Things” devices are prevalent in the global market. These devices currently operate with their companion apps. By leveraging Apple Home Kit, Apple’s framework for home automation, iOS app developers would be able to build apps that easily connect with smart home devices. With devices working in sync, to speaking with each other, there lies a tremendous potential to take home automation to new heights. Apple HomeKit will play a pivotal role in change for the future.

There has not been much progress in iPad app development. However, ever since the introduction of Qualcomm, a kind of chipset, iPad apps have got a boost with the enhancement of battery life. The changes largely took place due to the growing competition in the tablet industry and so 2018 will witness new apps stuffed with new features.

The iOS application industry is going through one of the most important phases especially after the launch of iOS 11 and 11.3. Much has been changed after the launch of the iPhone X and iPhone 8. Therefore, keeping updated information on the latest trends is vital. Apple also keeps on bringing alterations after every few months providing better experiences to its end customers. In addition, it is also crucial to update your apps at regular intervals for best performance.